Historical facts linked to the reputation of the product

You are here: Home / The vineyard / Some history / Historical facts linked to the reputation of the product

It is said that Moulis takes its name from the presence of mills on its territory.

It is known that the vineyard has existed since the 13th century and that the vine was established in Moulis as from the Middle Ages by feudal proprietors and by a religious community whose Romanesque church provides evidence of its existence and importance.

But the reputation of the wines of Moulis was established in the second half of the 18th century in the shadow of the great leaders of the Haut-Médoc, with the policy of free exchange in the Second Empire and the special relationship between Napoleon III and Queen Victoria.

In the heart of the Médoc, the Moulis-en-Médoc appellation is located between the two major routes entering the Médoc peninsula. Close and yet sheltered from the main thoroughfares, it has been able to profit from this discrete and privileged location.

At the end of the 19th century, Moulis had considerably developed the area devoted to vines, and its wines had reached a quality level sufficient to become a benchmark, the prelude to the birth of an appellation.

At the beginning of the 20th century, the conditions for putting the wines of Moulis, Lamarque and Arcins on the market were determined by the Bordeaux merchants. Under pressure from owners and winegrowers motivated by the defence of their brands, faced with fraud and speculation, the merchants had to make concessions in their practices. The merchants had the route to market while the châteaux sold a small part of their harvest directly.

The name Moulis was born out of the commercial practices by the proprietors who sold a part of their production to private consumers. It was in this distribution circuit that the name Moulis appeared for the first time.

The name Moulis also appeared progressively on certificates for bulk wines produced in the commune, according to the fame of the growths. The most reputed bourgeois growths succeeded in imposing this practice as from the recovery from 1921 to 1929. The birth of the Moulis syndicate in 1936 then the creation of the AOC (Decree of 14 May 1938, modified by the Decree of 4 January 1939) satisfied the demands of the producers that the identification of their growths by the consumer should be clear and legally protected.

The absence of classed growths

The AOC Moulis-en-Médoc did not have any classed growths in the classification of 1855, and this despite the statement by the notary BIGEAT, who wrote in 1866 that “the classification of Moulis is only a question of time”. Nevertheless, many châteaux merited it if we believe Mr Féret, author of the wine bible of our region, “Bordeaux and its Wines”. Its editor specifies in the fifteenth (French) edition which appeared in 1982: “If the update and the establishment of a hierarchy of merit in the wines of Bordeaux produced by growths in the geographical area defined by the Médoc appellation, provided for in the order of 27 June 1972 by the Minister of Agriculture, had been carried out, certain growths of Moulis-en-Médoc would be likely to have figured in it.”

In 1961, a new classification ordered by the INAO emerged, but has never been ratified “because it would make more people discontent than satisfied . . .”. “One notes the presence of four châteaux from the Moulis appellation completely forgotten in 1855, wrongly it would seem …”
(Le Grand Bernard des Vins de France : Haut Médoc de Didier TERS, page 44). 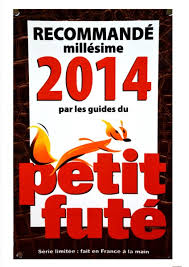