You are here: Home / The vineyard / Some history

A land of history and of legend, with its 600 hectares of vineyard in production and its creation in 1938, the AOC Moulis-en-Médoc is the most exclusive and the oldest wine appellation in the Médoc.

Origin of the name Moulis

T he name Moulis had its origins in the large number of wind and water mills (Molinis in Latin) which were to be found, at the time, in its territory.
These mills were installed mostly on the “jalles”, the name given locally to the small rivers that weave through the region on their way to the estuary. The poor and cold soils, broken up by some marshes, offered the perfect conditions for the development of rye, the rustic and predominant cereal of the region. 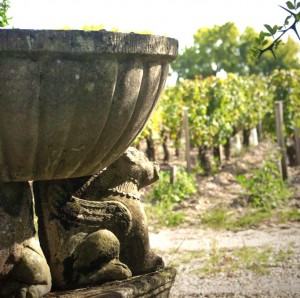 Appearance of the vineyard.

T he vine was established in Moulis as from the Middle Ages (13th century) by several feudal owners and by a religious community whose Romanesque church (from the 11th century) provides evidence of its existence and importance. It was probably thanks to the monks that the work on the streams was undertaken.

With the arrival of the vine, the millers became winegrowers. The same poor soils, naturally drained by the streams which had allowed the development of rye and the mills, constituted a viticultural region of great quality.

The first mention of a winegrower in Moulis appeared in the parish registers in 1671.
The original vineyard of Moulis developed simultaneously on all the terroirs and in all places in the current commune (Bouqueyran, le Bourg, Grand Poujeaux) to reach in 1892 “1500 hectares of vineyard spread over 200 producers”* or twice as many as today.

Birth of the AOC

T he large viticultural area of Moulis at the end of the 19th century, and its wines of sufficient quality to become a benchmark, were the preludes to the birth of the appellation.

The name “MOULIS” appeared for the first time at the beginning of the 20th century, in direct sales from owners to private consumers. At the same time, the name spread through the sale of bulk wine from the commune. In 1921, at the instigation of the best-known Moulis wines, the name was adopted by all.

The church of Saint Saturnin (12th century): such a wonderful legend …

“The pope, we don’t know which one, ordered the building of two churches: one in Moulis and the other in Italy. Whichever church was finished first would receive the name of Rome. Everyone set themselves to work.
In Moulis, stones were brought from Blaye on barges. They were unloaded at Lamarque and taken by cart to Moulis by the old road made by the Romans. But the carts arrived late at night and some of them often even disappeared. People said that it was Leonard, the evil spirit of Beychevelle, who had bewitched them. This, of course, delayed the work.
Nevertheless, the church was almost finished when two men, after dinner, saw a horseman arrive. He jumped from his foaming horse and said: The church in Rome is finished and the Pope has made his decision. Everyone was dismayed. Surely the devil must have had something to do with it. This is the reason that Moulis was not called Rome. ”