You are here: Home / The vineyard / The Terroir 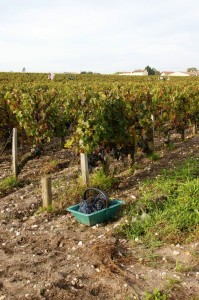 A land of balance

The ultimate land of tradition, Moulis is the smallest appellation of the Médoc. A small strip extending over 7 km from east to west, the AOC Moulis vineyard enjoys a privileged location and in fact is made up of not one but of several exceptional terroirs.

The AOC Moulis is located to the west of most of the communal appellations of the Médoc: its vineyard starts at 3 km from the Gironde and spreads out towards the west.
This “continental” situation bears witness to the ancient origins of the Moulis vineyard.* In fact in the 14th and 15th centuries, the vine was planted more in the interior than on the edge of the estuary. Winegrowers at the time preferred to avoid the dangers of humidity from the river and fogs, which favoured rot and decimated their vineyards.
Still today, the Moulis vineyard enjoys this advantageous situation, allowing the wait for optimum ripeness of the grapes.

A concentrated model of viticulture in the Médoc

T he original situation of the Moulis vineyard explains the exceptional diversity of its terroirs. Between the gravel situated to the east, near the estuary, and the sandy-clay plains to the west, all the great terroirs of the Médoc are found, giving rise to the idea that through its soils, Moulis is a concentrated or miniature model of viticulture in the Médoc.
In fact from a lithological point of view, the terroir of Moulis-en-Médoc can be divided into three parts:

These different types of terroir, all favourable to the cultivation of the vine, explain the diversity and the complementarity of the wines referred to below. 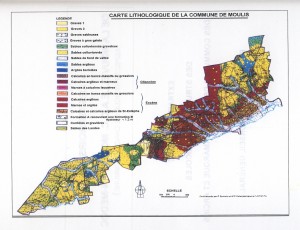 The soils and subsoils are made up, on the northern fringe, of a spreading of pebbles and sand rolled by the rivers, modelled into outcrops of Garonne gravel. This topping fades away in the south, to give way to shallow clays on a bed of limestone which is sometimes visible.